The outing to Millstones was such a success last year that our group decided to go again for the 2019 summer outing all the available places were booked up quickly and once again everyone had a great day.  The food, service and entertainment were all excellent. 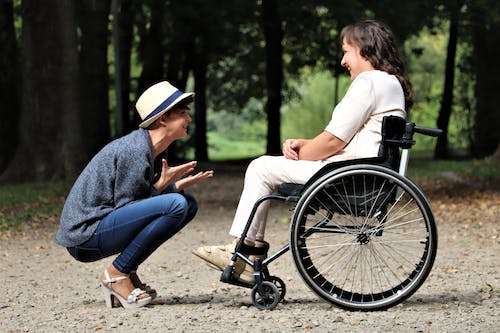 Pip and the DWP

Calls have been made by Demos  in a report of March 2019 for benefits such as the employment and support allowance (ESA) and personal independence payment (Pip) to be instead handled by devolved governments, while job support could be run by councils, the NHS and charities.

“After years of failings, ill and disabled people have lost all faith in the DWP. This demands a radical rethink of the department’s responsibilities,” said the report’s author, the Demos researcher Ben Glover.

The Demos report includes a poll of 2,000 people that found just 13% of the public believed the DWP was doing a good job in helping sick and disabled people find work, falling to 10% among disabled people and among those who have experienced a mental illness.

Almost two-thirds of disabled people and 63% of those who have experienced mental illness indicated they believed the DWP did not understand the concerns of ill and disabled people.

A short paper by Tom Pollard, a former policy officer at the charity Mind, describing his experience during an 18-month secondment at the DWP was published by Demos in January. It criticised the department’s obstructiveness to new ideas, and “narrow and fixed ideas of how things should be done”.

Demos is an independent, educational charity, registered in England and Wales (Charity Registration no. 1042046).

Everyone was full of praise for the summer outing to Millstones near Harrogate on 16 June 2018; Millstones is a function and party venue and provision made for the group from BPR Scope was excellent, everyone had a bacon sandwich on arrival and then a chance to look around the Millstones shop until lunchtime.  The weather that day was terrible, it never stopped raining but there was plenty to do inside.  After lunch there was dancing and games until afternoon tea.   It has been voted the best trip ever!

So much so we intend to go there again for this summer’s outing which will be on 8 June 2019.  Perhaps the weather will be better and we can take a look outside!

Don't miss out this time!!

Licensed train and station operators are required to have a Disabled People's Protection Policy (DPPP), which sets out how they will protect the interests of disabled users of their trains and stations.

Each train company produces a booklet called "Making Rail Accessible: Helping older and disabled people". These booklets are available from stations and the websites of individual train companies. They explain what assistance disabled people can expect when travelling by train. For more information, and to book assistance, contact your train operator, or see the Disabled Persons Railcard website.

The assistance offered by each operator may vary slightly ,but  all operators must as a minimum provide the assistance set out below.

"Turn Up And Go" can depend on conditions at the time of your travel, such as staff availability.